Who is Leslie Charles? 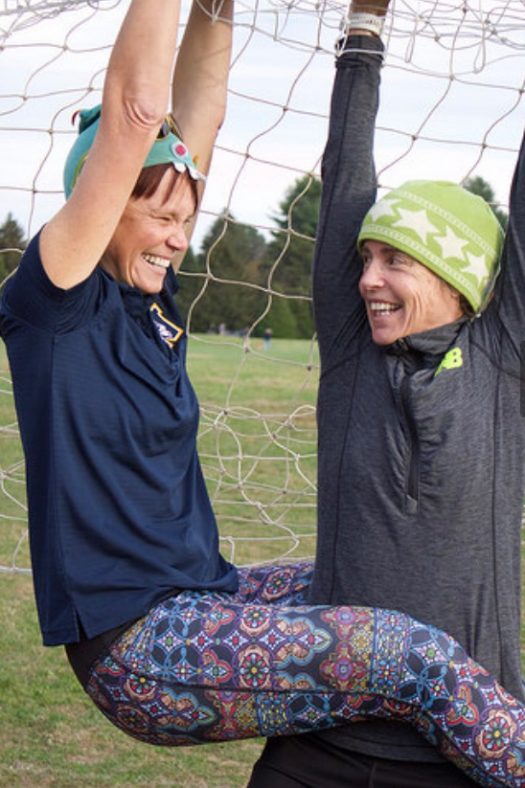 On May 8, 1978, a six-year-old girl crossed the finish line of her first race, opening a door to a lifetime of running. Six years later, Leslie Charles came in first at a children’s Thanksgiving Turkey Trot, winning “a big old turkey,” she said, laughing with the radiant smile she always seems to wear.

Ms. Charles’s constant positivity and seemingly plastered-on smile light up every room she enters. “You can be competitive while finding joy at the same time. If you find the joy in it you can run for the rest of your life, but if it’s just competitive, that joy is not sustainable. Why would I be doing this at my age if I didn’t enjoy it? That’s what I want to share.”

Ms. Charles grew up in the North Bay area of San Francisco, C.A., and played Division III soccer at the University of California, Santa Cruz.

After a successful cross country season with a record of 8-1, she applied for the job of indoor track coach. She attributed this cross country season’s success to a combination of the athletes and coaches, saying that “on a scale from one to ten, it was an eleven.”

Ms. Charles knew if a job for girl’s track coach opened up at Northampton High School (NHS), she would take it, knowing Northampton has a great running program and is the school her two children attend. She applied for head coach of the girls’ cross country team at NHS when the job opened up this summer, shortly after the previous coach resigned.

While a student in high school and college, Ms. Charles coached soccer, then later coached ultimate frisbee to students ranging from elementary school to college. In 2015, she assisted Ashley Krause, one of the previous coaches for girls’ cross country. Charles explained she had coached various sports for so long that a relative unfamiliarity did not create an issue. “It felt like while I’m new at it, it’s not out of the realm for me to be able to coach this.”

Assistant Coach, Tanya Rapinchuk, has also been running for a long time. Rapinchuk has experience coaching the cross country team at the Academy of Charlemont in Charlemont, Massachusetts. She met Ms. Charles a long time ago through running and they have been good friends ever since.

One of the coaches’ goals for this indoor track season requires competitiveness from the girls, as well as compassion. Ms. Charles strongly believes teammates need to take care of each other on and off the track, which she often tells them during practices. She hopes the girls will end the season having a better understanding of themselves as athletes and as people.