Who Is the Real Mr. Jones? 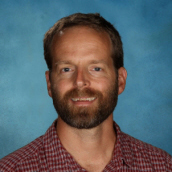 With a joy for interacting with students, Brant Jones, a math teacher at Northampton High School, has watched them come and go for five years.

Jones grew up in Milwaukee, Wisconsin but he moved to Western Mass later as an adult, with his wife. Prior to teaching at NHS he worked at The Renaissance School in Springfield, Massachusetts for six years. After teaching there for a while he wanted a changed and looked for something new so he came to Northampton.

Teaching runs in his family. His father and his sister both are high school teachers. In college he was a TA for some of his professors, so becoming a teacher was always an option as a career for him. “I had a satisfaction with tutoring others, and I got a lot of satisfaction with helping people and I feel like I’ve always gravitated towards an academic setting,” Mr. Jones explains.

Math always clicked for Mr. Jones, even though he has a degree in Chemistry and a masters in Environmental Studies.

He became a math teacher almost by accident. He was looking for job as a substitute teacher in Somerville, Massachusetts while working on his thesis but he was offered a job and he took it.

Jones describes his preferred classroom setting as “comfortable and laid back” and his teaching style is a mixture of teacher led and students exploring for themselves with the curriculum. His students enjoy his class, and agree that it is a very comfortable environment. Sophomore and one Jones’ students says, “The class is very laid back but we still get a lot of work done. Mr. Jones is very helpful and personable and his teaching style really works for me.”

Outside of school Jones is a very adventurous biker. He even brought in his bike during one of his math units to demonstrate a concept his students were learning about. Aside from biking, he also enjoys cooking and baking.