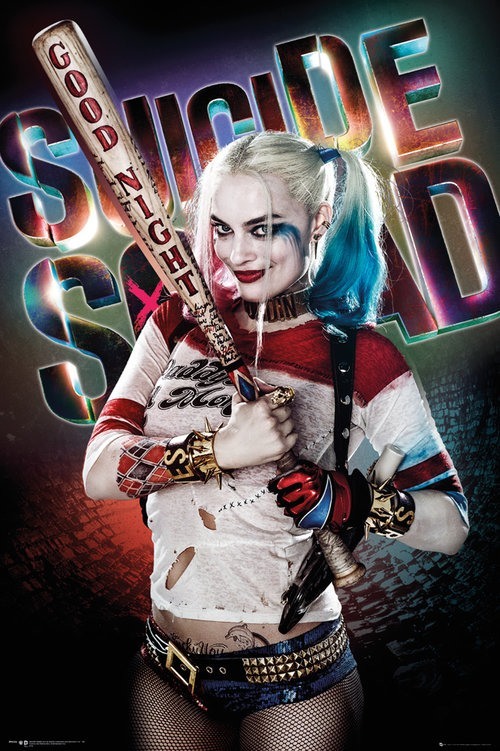 When the trailers first hit for DC Comics’ August superhero film Suicide Squad, they generated great waves of anticipation for what looked like a massive game-changer. Despite being part of a genre that has been criticized by many for playing it too safe and formulaic, this seemed to be the one that would really shake things up a notch, with a focus on a roster of mean and nasty super villains, as well as a tone that was dark and balls to the wall insane. And with the extremely negative reaction to DC’s other film of the year, Batman v Superman, this then had the added pressure of being the shot of adrenaline to the DC Universe that the film studio so desperately needed. Surely with such a promising marketing campaign, the film would produce similar results? But as other disappointments have previously taught, this is not always the case…

One of the most immediately noticeable problems with the film is the writing. Writer/director David Ayer is typically capable of crafting adequate cinema, and it is possible that he could have put out a better script given the proper time and resources. However, he reportedly only had six weeks to do so, which is far from the necessary amount of time to pen something of a decent quality on this scale, and the cracks at the seams are incredibly clear. The film is tasked with introducing a good eight characters within its 123 minute runtime, and it rather lazily breaks one of the biggest rules of film, “show, don’t tell” to do so.

The entire first act is essentially just the film straight up telling the viewer who each character is via narration without properly developing them, even displaying title cards listing their names and skillsets. This whole introduction should’ve been intriguing, but instead it’s just lazy and awkward. (Unfortunately, this is the best part of the movie) The characters are so thinly drawn that only two members of the squad get any real development, Deadshot and Harley Quinn. And even with the latter, one can tell that many scenes of her backstory were cut out. It is apparent that most character development was axed in favor of the plot, which unfortunately does not compensate for what was lost. The storyline is a constant blender mix of simple or complex, being so predictably basic that it’s incredibly cliche one minute and then so complicated that the viewer doesn’t have any idea what’s going on the next minute. If I was asked to give a synopsis of the entire film, I would be at a total loss. The film’s rushed structure does, however, mean that something is always going on, so at least the movie was entertaining on some level, although when one actually considers how little the film works as a whole, that hardly matters. To make a long story short, the plotting just doesn’t work.

Another of the picture’s major issues stems from the editing. Reportedly, the film had several editors, which results in a case of “too many cooks” and no comprehensibility or distinction. The movie cuts around so much, often showing just the bare minimum of a scene, that it’s often hard to tell what’s going on. It is obvious that very large chunks of the film are missing, such as in flashbacks that are all too brief to serve their primary purpose of character development. Jared Leto, who plays the Joker in the film, was featured prominently in advertising and was poised to be the main villain, but in the final product he only features as a supporting character for a maximum of 20 minutes, (And that’s an overestimation) which even prompted one fan to sue Warner Bros. with charges of false advertising. Leto has since come out and stated that despite how little of his role is in the final product, enough footage was shot to fill up an entire film.

But as overabundant as the film’s flaws may be, there are a few positive elements to brighten up this depressive black hole of a film. To start, it is (mostly) very well cast, even if the botched editing means that very few actors get significant screen time. Although his natural charisma makes it hard to buy his character’s villainous nature, Will Smith does a great job as assassin Deadshot with his typical likable screen presence improving almost every scene he’s in. (But given the film’s other problems, that’s only to a certain degree) Margot Robbie’s turn as the crazily unhinged but innocently humourous Harley Quinn is pitch-perfect in capturing her character’s personality, as if her character had jumped right off the pages of the comics, and heck if she isn’t fun to watch. Viola Davis effortlessly captures the essence of government official Amanda Waller, who is equal parts authoritative, controlling, manipulative and cold, limited as her scenes may be. As for Cara Delevingne as the villainous Enchantress… well, considering that all she has to work with is to perform a half-naked hula dance and chant magical spells, she did the best she could with lousy material.Seeing as the film was already rather dark, the editing tries to inject more energy into the film with its music choices, (as a result of the negative response to the dark Batman v Superman) which are a decidedly mixed bag. On occasion the song choices aren’t too bad, but mostly the song and scene do not mesh, with the tracks feeling mainly out of place, forced, and distracting. It almost feels like the team behind the film wanted to one-up the much better utilized soundtrack to Marvel Studios’ Guardians of the Galaxy. This just reeks of the studio panicking and radically altering the film’s tone at the point when it was too late to adequately do so; it would’ve been better if they had just picked something and stuck with it.

And I wish I could give a more detailed description of Jared Leto’s Joker, but he has such little screentime and no standout scenes in the film, so that he hardly makes any impression. But from what little of the movie does feature him, one gathers that all the hype that was made about Leto’s total commitment to the insanity of the part does not live up to the final film. The Joker has always been a psychotic character, but Leto’s turn in the role isn’t so much crazy and unhinged as it is eccentric, just feeling like a Johnny Depp impression. It was always going to be difficult to follow up Heath Ledger’s iconic turn as the Joker, but this just doesn’t compare.

In short, Suicide Squad is a massive mess. The script features thinly drawn characters and a nonsensical plot that collapses under scrutiny. The editing process reeks of too much studio interference, resulting in a film trying to be something that it’s not. The film is such a crowded stew of tones and characters that it is completely unable to function as an adequate piece of cinema, despite some basic entertainment. Nothing less than a foaming hot disaster, Suicide Squad gets a 3/10.