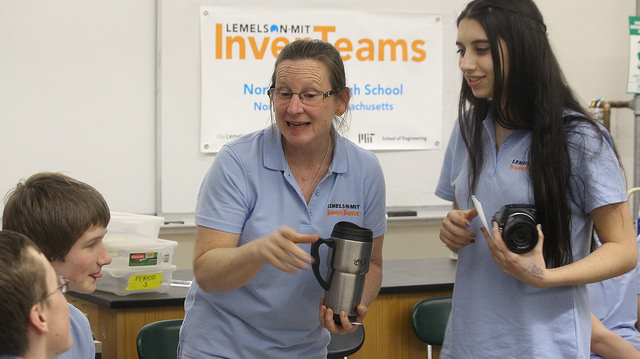 This school year at Northampton High, aspiring student clubs are hindered due to a new, complex club making process.

In previous years, all students had to do was find an advisor and submit a form. This year, however, there is a multistep process. Students have two options if they are interested in creating a club. First, they could ask for budget money allotted for a club the following year. This would let students create an official club the next year with a faculty member, as long as the office approves money for the club.

Second, students could attempt to find a volunteer not affiliated with the school to run the club. This involves finding an adult outside of the Northampton School system to get checked for a criminal record, fingerprinted, and go through the VINS (Volunteers in Northampton Schools) process, said Candice Walczak, Northampton School District Business Manager.

It seems there is a definite disconnect between students, faculty, and the office in terms of communication on this new process at NHS. Students who submitted forms last year for a club for the 2015-16 school year were either chosen to make it through to this year or get cut. NHS junior Lily Rogers was one of the students whose club got cut. Rogers said, “Nobody told me it wasn’t happening. I noticed the club name wasn’t on the website, so I went to the office.”

One reason behind the change relies on a need to fund not just the club activities, but also the teachers running them. Kim Broussard, office assistant to principal Lombardi, said, “Now they’re saying a teacher or a paid employee of the city cannot just volunteer their time for a school activity, because it’s a conflict of interest.” Teachers or faculty of the school who advise clubs now must receive a stipend of $300 for doing so. NHS faculty John Selfridge was the Teacher Chapter Coordinator for the Teacher Union last year and advocated for a stipend for teachers running clubs. “It’s fair for teachers to get paid for their extra time,” said Selfridge.

The other problem facing NHS administration currently is the school budget, or lack of it, in this case. The school has run out of money in the budget to fund new clubs, and the method around the budget isn’t easier. “I think students will stop going to [the office] with new clubs because they know there’s no funding,” said Broussard.

The most difficult factor in this change, however, is the confusion and lack of information within the school. No one really seems to know the appeals process for new clubs created this year such as the new Nursing Club, or how the decision is made to finance or not finance new clubs. Rogers said, “There is definitely hypocrisy.”

Meanwhile the office is also trying to learn how to function under the new regulations while also helping students. Broussard said, “It’s a very crooked path until we figure out where we are heading.”