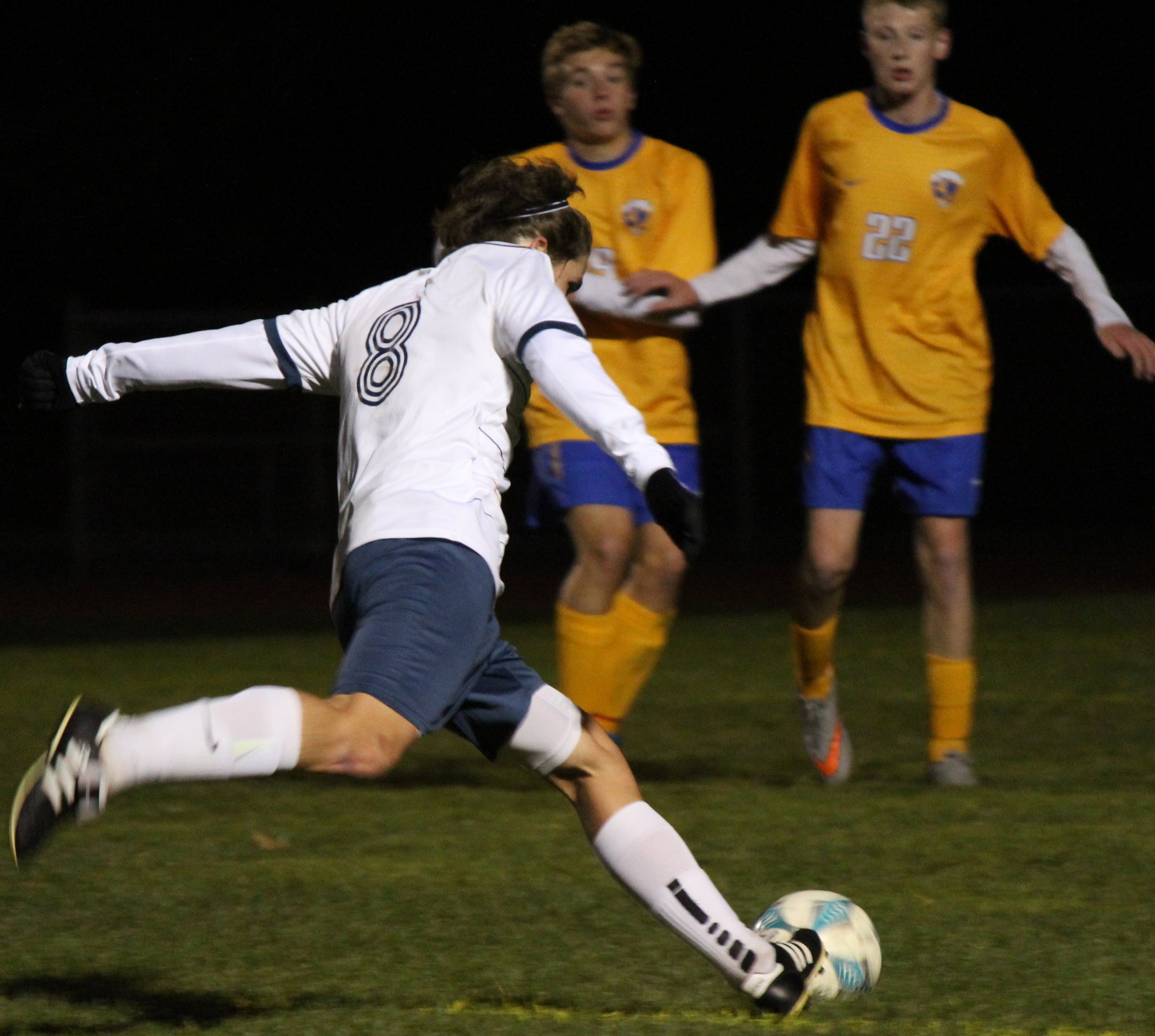 The Northampton Blue Devils boys’ soccer team (6-7-3, 4-3-0 Moriarty) got a huge league win on senior night on Monday as they push for the postseason, crushing the Chicopee Comprehensive Colts (6-7-2, 3-3-0) 5-1. Northampton seniors accounted for four of the five goals with Leon Moore leading the charge with two scores. Seniors Jeremy Doele and Charlie Denhart each scored one goal and senior goalkeeper Jon Brodeur nearly pitched a shutout, allowing just one score on a penalty kick.

“We knew we had to take care of business,” said Moore. “This was also really important in terms of playoffs. We had to win this or else we were out.”

Both of Moore’s goals came in the second half. His first goal came on a shot that he tapped past the keeper right in front of the net. The second goal came on a bizarre play. Senior Tim Horton fired a shot that was deflected off of the crossbar by the goalie. The ball bounced high in the air and the keeper lost it, but Moore came rushing in to head the ball into the wide open goal.

“That’s just my boy Tim going to work on the shot like he always does,” Moore said of the play. “I always get the rebound.”

Doele scored the first goal of the game, sneaking a beautiful, long shot just underneath the crossbar. Charlie Denhart added a goal later in the first half, putting in a rebound after a J.D. Pruett free kick ricocheted off of the keeper.

Both of the Denhart brothers ended up scoring in the game as sophomore Jack Denhart added the Blue Devils’ fifth goal, punching in a Moore shot that had gotten past the goalie.

A.J. Mercer scored Chicopee Comp’s lone goal on a second half penalty kick, tucking a shot into the lower righthand corner of the goal.

The Northampton win meant that the Blue Devils moved up to second place in the Moriarty league, bumping the Colts who were in second coming into the game.

“If we play like that we can play with anyone,” Moore said of his team’s dominant victory, “and we can go all the way.”