Athlete of the Week: Lauraine Joensen 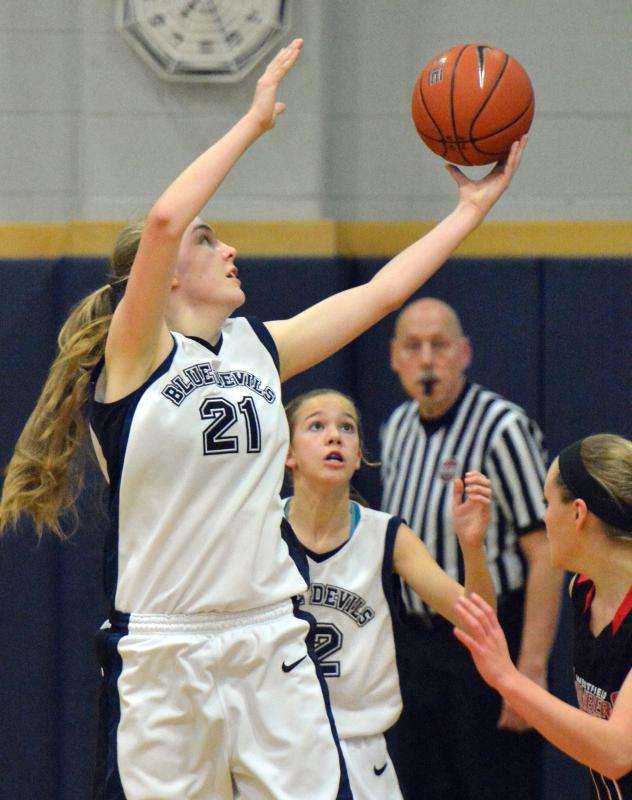 Although sophomore Lauraine Joenson is new to the United States, she’s anything but new to the basketball court. Joenson, who lived in Denmark up until this past summer, is the NHS girls basketball team’s high point scorer, averaging 15 points per game. She scored a whopping 18 points in the team’s last game, and has scored a total of 91 points in just seven games at NHS.

Described by NHS varsity girls basketball coach Perry Messer as “very conscientious and pleasant to be around,” Joenson is also extremely competitive on the court. Not only has she led the team to a 6-1 record, but she has also posted several double-doubles (ten points and ten rebounds) thus far in the 2014-2015 season.

Standing at 6’ 1,” Joenson’s height is certainly an advantage in basketball. According to junior forward Grace Goodwin-Boyd, “everyone looks up to her.”

Joenson has been playing basketball for seven years – at first recreationally and then at more advanced levels – originally in her home country of Denmark. She and her family moved to the United States this past August as “[Joenson’s] father is starting a company with a friend who’s from Northampton.”

According to Joenson, transitioning to living in the United States has been smooth, and she said basketball is “pretty much the same game [as it is in Denmark] but [it has] a little faster style of play.”

Goodwin-Boyd said that it is “impressive that [Joenson] can come from another country and still be a really important member of our team.”

Joenson “isn’t superstitious,” but she does have some pre-game rituals which have been long-standing traditions for her. “I listen to specific songs before games…first a fast paced one, then a slow one, and then a random one. In total it takes about ten minutes,” Joenson said.

“[Joenson] has been a great addition…she’s passionate about the game and she puts a lot of time and effort into it,” Messer said. While Messer noted that “[Joenson] is an extremely talented player,” he attributed the team’s success to the group as a whole, saying that “every night they come and give us their best effort…they pull for each other, they support each other.”

Joenson hopes for the rest of the season include making finals and “doing well in the post-season.” She plans on continuing to play basketball with NHS throughout the rest of her high school career.