Gear Up For A Unique Halloween 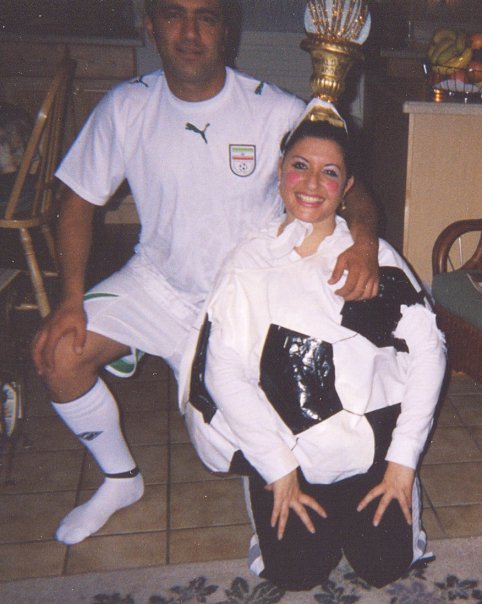 Feeling the chill of the autumn wind biting the end of their noses and the face of the moon lighting the paths to the houses with the best candy is the best part to trick or treaters, while others simply stuff their faces with the rewards of the trick or treat endeavors. However, others say that the absolutely best part of Halloween is the costume, specifically having a costume made from scratch. with some imagination and some arts-and-crafts supplies.

The clock is running out of time for children to collect treats from neighbors, and play tricks on others. Parents and kids tend to rely on the store bought costume, like a princess or a superhero, that was typically purchased the week before Halloween. That’s where they go wrong. If they only planned out what they wanted far in advance, they could be sporting a personalized costume that would make their friends jealous and neighbors impressed (hopefully making them more generous!). If kids enlist the help of a parent/guardian, they can make a kick-butt costume that they both can be proud of. However, if there isn’t enough time to create something spectacular, then don’t feel bad about using a store bought one (even though homemade costumes can be significantly cheaper).

Holly Bloodworth, Kentucky State Teacher of The Year, isn’t a seamstress, a professional costume maker, nor a buyer of professionally made Halloween costumes. However, she is dedicated to keeping the tradition going of making homemade costumes. From childhood, Bloodworth never wore anything store-bought on Halloween, and her mother, a seamstress, made sure of that. Her mother always made her Halloween costumes for her, and ever since Holly had her daughter Alex, Bloodworth has done the same. “(We’ve made Halloween costumes) together every year…(and now we’re on) the 3rd generation,” she said. It started off as matching, Snow White and Dopey, costumes for mother and daughter. Once Alex began school, she started coming up with her own ideas. Holly said, “Usually the costumes we make don’t take too long with my mother’s help. One year Alex wanted to be a pink poodle, which took a bit of time. My mother helped with the body, which was a sweatsuit, and I helped with the puffy balls. But it came out looking great.” Another Alex original costume was inspired by how her school runs Halloween.“In school, the kids couldn’t dress up without having a book to go with their costume…and Alex was interested in Joan of Arc. She found this book and in it was this image of Joan of Arc being set on fire…and that’s how we got the idea,” said Holly.

Bloodworth has a few suggestions for the homemade-costume-makers that are just starting out: FamilyFun magazine usually has good ideas for people just starting out. Always jot down costume ideas, get started early, have an arts and crafts supplies in your house if possible, and take pictures.

Steve Perkins, Indiana State Teacher of The Year, has been helping his children create their costumes for the last few years. “He and friend have created their own superheroes…and we turned that into his Halloween costume” said Perkins. With his trusted friend, duct tape, Perkins also helped his son create a Greek helmet, as seen in a Percy Jackson movie.

Dorina Sackman, Florida State Teacher of The Year, is a little bit different from Bloodworth and Perkins. While they typically just make costumes for their kids, Sackman has been creating costumes for herself since 2005. While she enjoys the individualism that people can show through personalized costumes, she has one major rule: don’t make it sexy.  “I don’t like sexy costumes. They are degrading to women…(I chose my costumes) to prove a point…you can be at a singles party and not dress sexily” said Sackman.

Sackman prefers to dress up as a topical idea or event that is happening in the world. Every four years, when the World Cup is occurring, she finds some way to turn her torso into a soccer ball and have a trophy hat. Once she created the soccer ball out of paper maché (very time consuming) and had a ceramic trophy hat. Another time she emptied out the small beads from a bean bag, added a few cuts here and there, and boom…world cup costume! When she does this, she goes down to the popular town area in Florida, to let tourists take pictures with her. This year, she will be bringing back the World Cup costume but she will be joined by her fiancé, who will be dressed as a German soccer player. But whatever Sackman decides to dress up as, it will be under $50. “(It’s really) all about being happy,” she said.

Sackman does enjoy being relevant to current events, however she dislikes it when it is transformed in scandalous way. Recently, she saw two people dressed as “Ebola” and one of them was dressed promiscuously. How can someone dress as Ebola in a sexy way? Well, the hazmat suit goes up to the top of the girl’s thigh, accentuates her boobs by being tight fitting, and “covers” her legs with plastic neon yellow leg warmers. Her costume counterpart covered his face in black paint, pretending to be someone from Africa who has been struck ill with Ebola. “The man thought this was okay because he was Latino and basically black already…” said Dorina, “And I absolutely hate it.”

For this upcoming Halloween, the possibilities are endless for what people can do. As long as trusty duct tape, a good imagination, time, and determination are in the picture, everyone’s individualism can be thoroughly expressed.