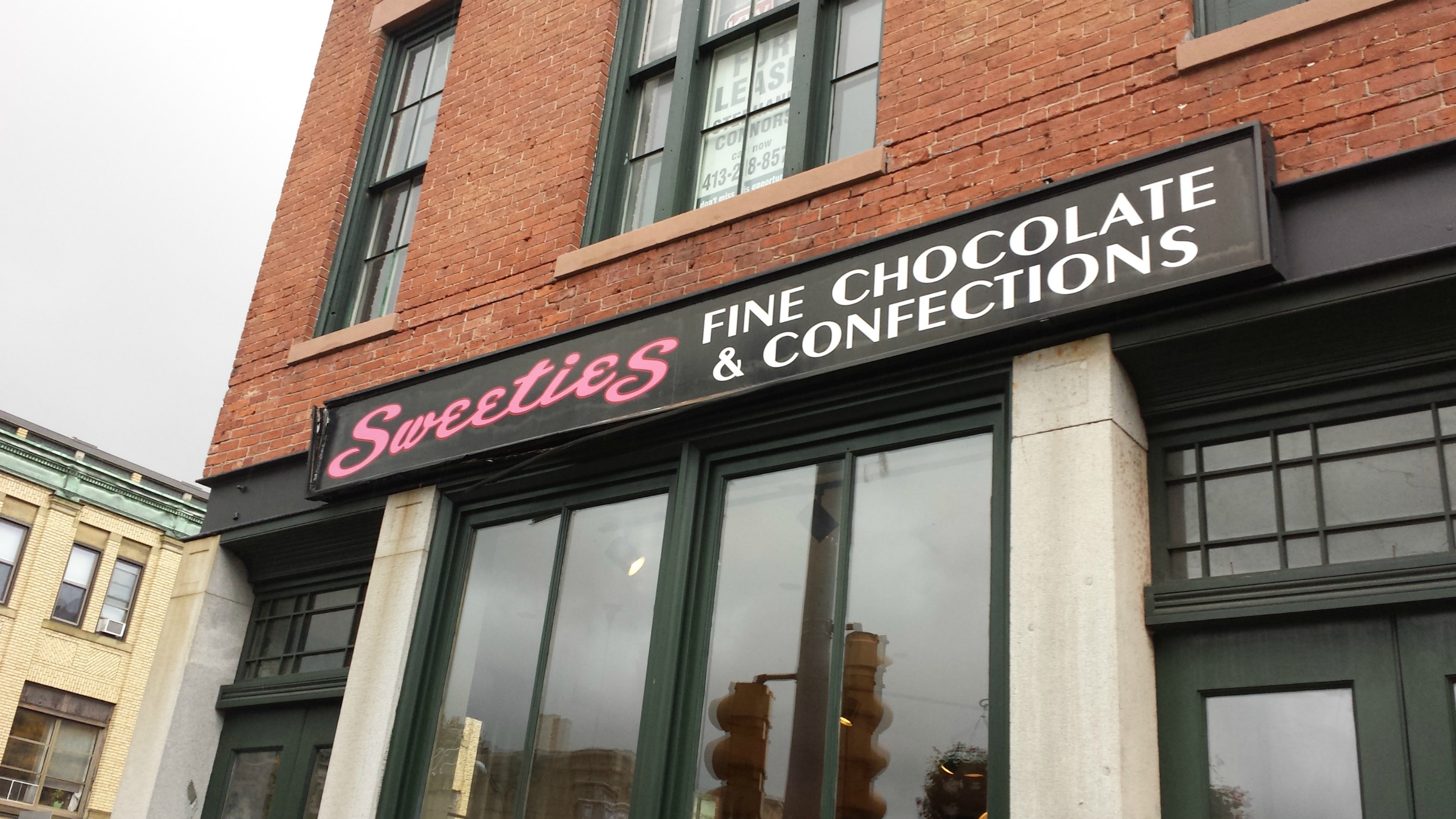 For sweet lovers in Northampton, finding a convenient and lovable candy store is not hard. The real challenge comes when deciding between the two candy stores: the old favorite, Sweeties, and the relatively new Captain Candy. Both stores bring great things to the table.

Sweeties, the beloved store that has been around for over 30 years, is a classic favorite to many people in Northampton. Their large chocolate assortment, ranging from fancy truffles to chocolate covered gummy bears, has made them well known in this area as the place to go for interesting chocolate.They also have a vegan chocolate section. Sweeties has every other candy you could want: endless jelly beans, about 15 types of gummies, and old fashioned honey sticks of all flavors.

People are constantly coming in and out of the store.“There’ve been other candy stores”, said Erica, an employee of seven years, when asked how things changed when Captain Candy came into town June of last year  “…so it wasn’t a big deal.”  The other employee, Lucas, was nothing but positive about the store. “We just try to be nice to people,” he said.

A customer buying candy said, “I’ve been to Captain Candy. They have good stuff there, but Sweeties is more convenient and has been here longer.”

Captain Candy was in Amherst for three years before moving to Northampton in June of 2013. It is a bit bigger than Sweeties, the staff are interactive and positive, and the store seems like an ideal place for kids.

“I miss Amherst, but this is bigger and we get to interact with Thornes folk,” said Captain Candy employee Sarah.

Both stores have fantastic staff, but when it comes down to it, the employees at Captain Candy were more enthusiastic, talked more highly and passionately of their store, and were more happy to chat. Neither business had anything negative to say about their competition, but they were both overflowing with pride for their own stores. Erica from Sweeties mentioned they were the best store.

The best assortment can be found at Sweeties, with rows of fine chocolate and candies. However, Captain Candy isn’t a total bust for chocolate. They have vintage candy such as Skybars, O Henry’s, and Turkish taffy. What Captain Candy lacks is specialty chocolate. But, with large selections of other candy types, it’s barely missed. For example, Captain has every Pez a kid could imagine, filling a whole wall in the store with sugary colors.

Both stores are great if you’re looking for a boost of sugar, but I personally prefer Sweetie’s over Captain Candy because of their fine chocolates and relaxed atmosphere. The music that constantly plays at Sweetie’s keeps the customers happy and makes the store more enjoyable. Captain Candy is colorful and friendly, with tons of fun sugary treats.

When in Northampton, either Sweetie’s and Captain Candy can both provide whatever you’re looking for in a candy store. However, Sweetie’s will always be my number one choice because of their fantastic taste in music and endless chocolate choices.