Athlete of the Week: Nick Day 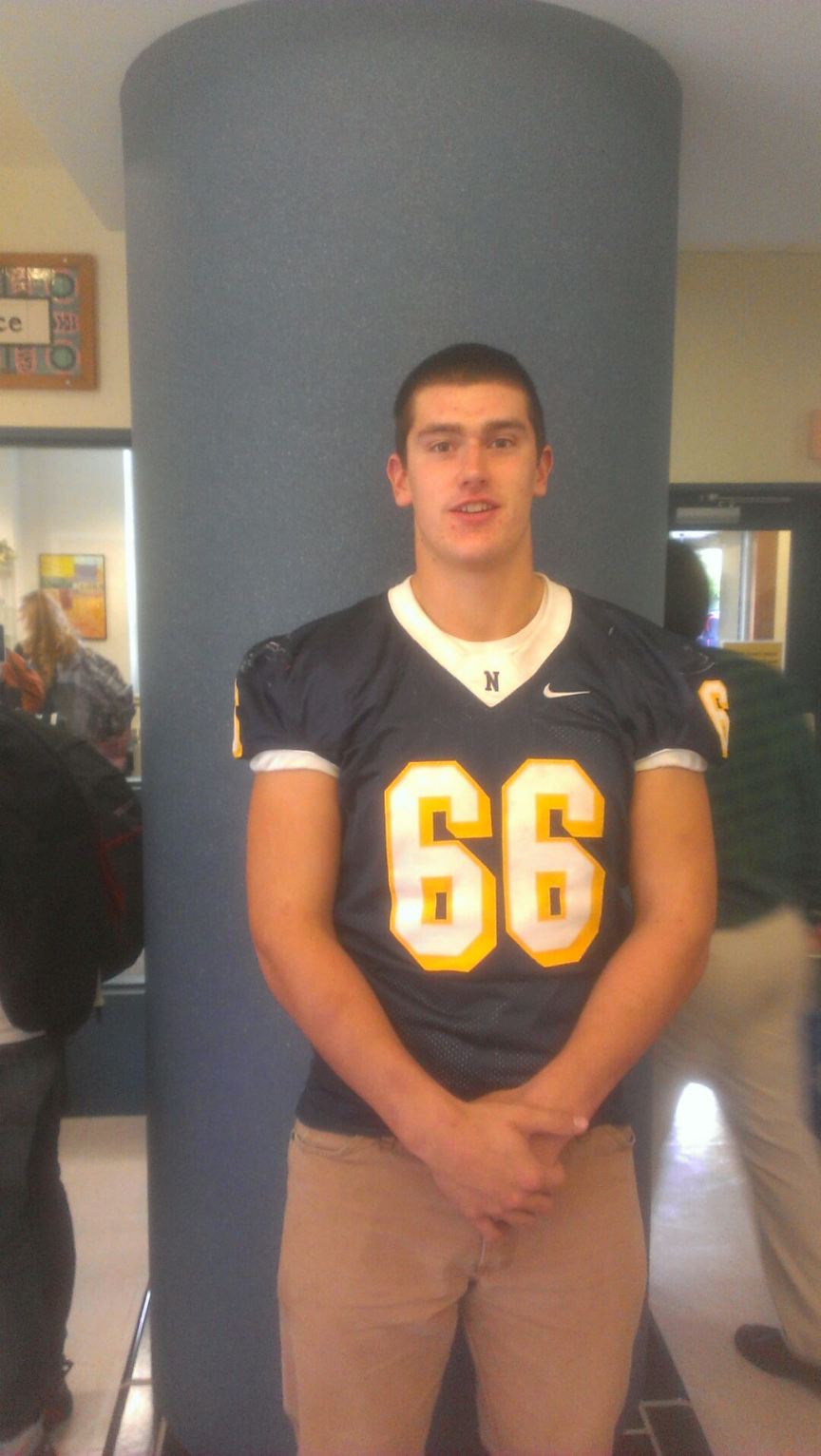 One of the captains of the Varsity football team Nick Day impresses both on and off the football field at Northampton High School. His leadership and drive to improve are appreciated by his coach, teammates, and teachers alike.

Head Coach of the football team Pat Sledzieski said that Nick stands out from the rest of the team because he’s never been late to a practice or game, and has been loyal to the team for three years. “Nick also looks for ways to improve himself”, said Sledzieski, “whether that is on the field or in the weight room.” He also said that in the two years he has been working at the school, Nick has gotten better and stronger every year, and that last year, he was one of the best offensive linemen in Western Massachusetts.

“He’s one of the captains, and we all look to him as a leader,” said Theriault.

NHS senior Joe Davis, who joined the team recently, said he hasn’t played a game yet this season but from what he sees in practice, Nick looks like a valuable team member. “He’s a really good leader,” said Davis, “He gets everybody in order and motivated.”

English teacher Michele Bernhard said, “Playing sports, he shows (other students) that they can get their work done and do outside activities. He is a role model for that.” Bernhard also said Nick had great class participation, always volunteering to read in class.

As field hockey coach Ray Harp said during a practice Wednesday night, “I think that kid is larger than life.”