A New Pastime in the Valley 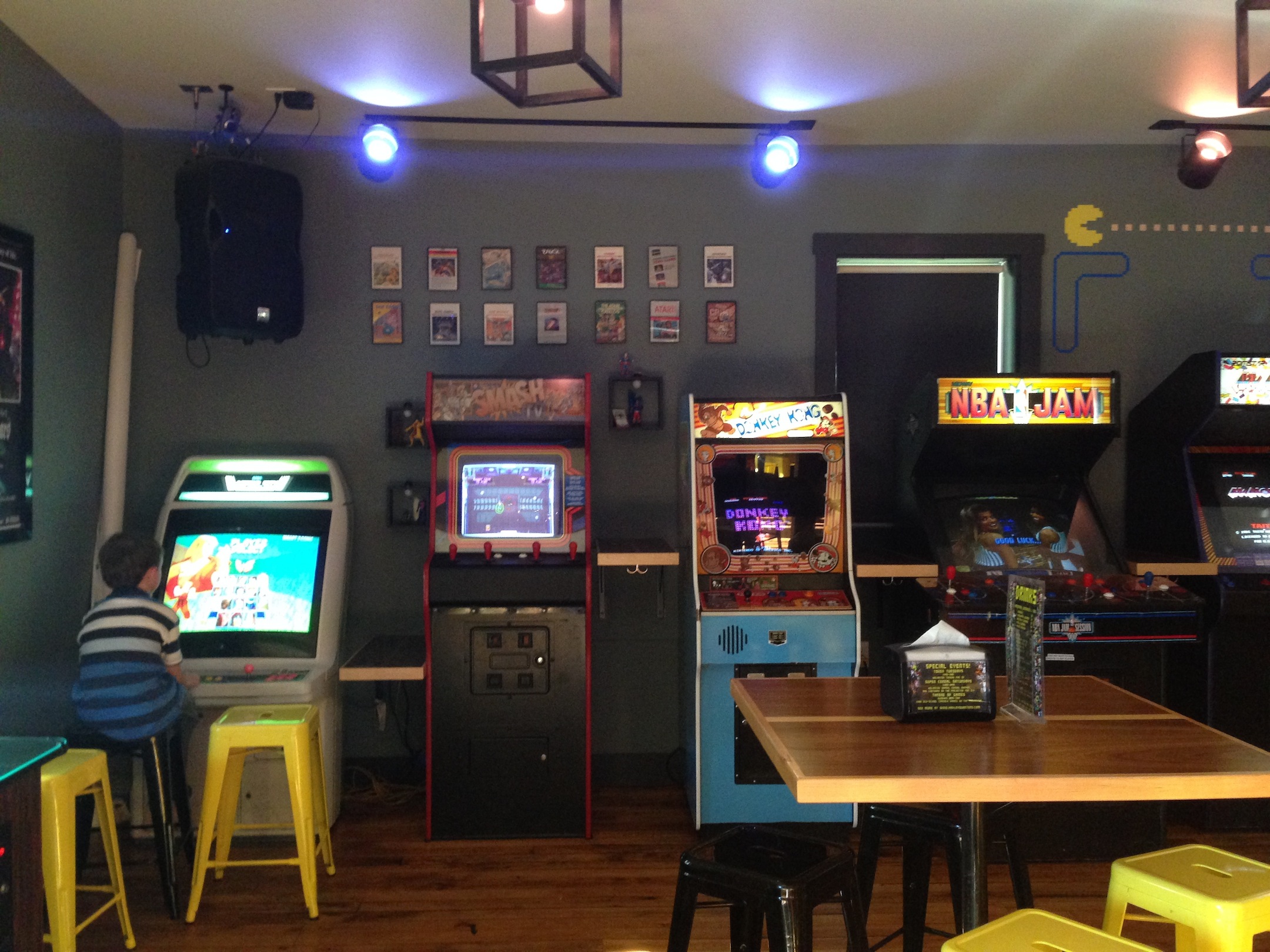 From the food to the games, the hang out joint The Quarters is the Valley’s new “place to be”.

“Quarters was built to be a place for everyone” said Dani Obrien, a Quarters employee. Quarters hosts both childrens birthday parties and a 21+ night on weekends. It allows the younger generation a peek into an 80s arcade, and the older generation a flashback to their youth.

On a Friday at 5 o’clock, Quarters is already hopping. A group of middle aged men sit around the bar and order some drinks, while a few kids are engrossed in one of the vintage, authentic arcade games.

The one generation missing are teens. After years of hanging out at friends houses and going downtown,  popular forms of entertainment can feel a little repetitive. Quarters offers a break in the routine; Just 15 minutes outside of Northampton, the short commute is worth it. “Ive been here for two hours so far.” said a 11 year boy who had just ended a game of Pac Man. Even after playing for two hours, nothing in his tone hinted at an urge to leave. He turned back to his game in an attempt to beat his high score.

Quarters succeeds in making an arcade for anyone, not just the hardcore gamers. “A lot of people come just to eat and drink” said Obrien. The menu consists of bar food with a twist, everything can be made vegan. No longer will vegans and vegetarians feel left out while their friends chow down on a hot dog while they’re stuck with the chips and salsa. The food is also prepared with care, so there’s no wonder some people go just for the specialty drinks and delectable food.

Whether it’s for the food, the games, or both, next time you get together with your friends, try something new and head out to The Quarters in Hadley.