A Project for Better Journalism chapter
Devil's Advocate
Around Town

Dobra Tea: Its History and Success 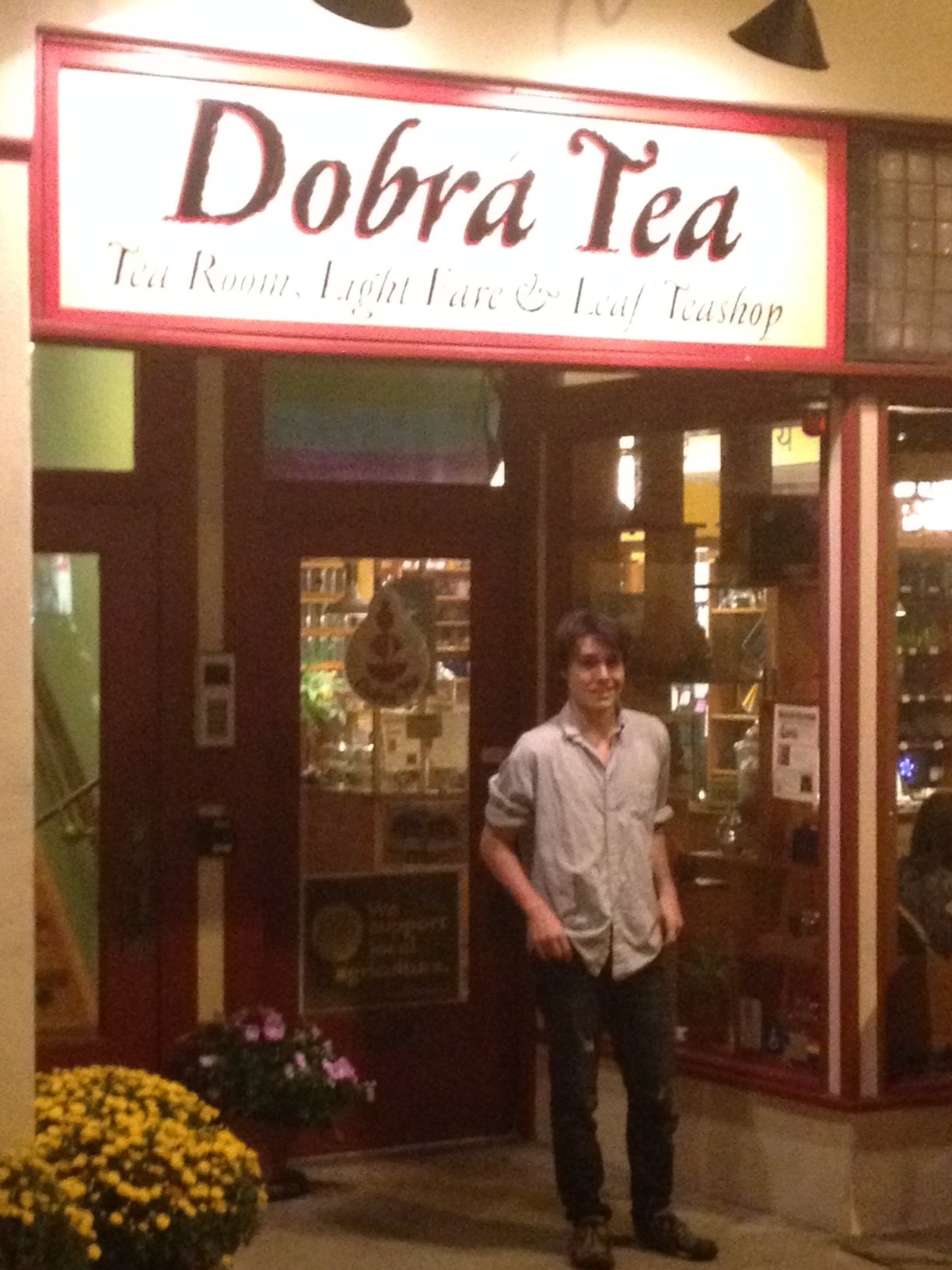 A tea place sits on the edge of downtown Northampton with a wooden sign and a window view overlooking the street in front. The name of this place is Dobra Tea, and although it has been open for less than a year, employee Alexander Andreosatos tells me, “the history of Dobra began twenty one years ago in the Czech Republic.” With several establishments across the country, it is clear that Dobra has become a country wide success. But how exactly did Dobra start?

To find this out, I sat down with employee Alexander Andreosatos, who shed some light on Dobra’s modest beginnings. “There were a bunch of friends during the Soviet Union who really enjoyed tea. I haven’t met those founders personally but we model our style after them.” Dobra’s website elaborates further on the history of the establishment by discussing how the founders smuggled good teas into Prague (Located in Czechoslovakia) from Eastern Germany due to the fact that the best teas were reserved for government officials or the military elite. These founders strived to evoke an atmosphere reminiscent of both a church and a pub, where someone could find serenity alone, or connect with their  friends and loved ones. Entering Dobra, you’ll notice pillows assorted around small wooden tables that allow patrons to relax while enjoying serene music and a warm cup of tea. Dobra’s rich past has also translated into its diverse options of teas as well. Andreosatos tells me that, “We offer somewhere between one hundred and thirty to one hundred and forty different types of tea, its definitely what sets us apart. We have about ninety to one hundred distinct strands of tea,which is a lot of tea.” Every time a customer comes to Dobra, they receive a book that serves as a menu including enough tea to span the length of a human lifetime.

According to Andreosatos, people come to Dobra from all over the world.“We really get people from all over, it is really quite awesome actually. Even people you wouldn’t assume to be into it are into it. Most places have to be open for a while in order to attract widespread attention, let alone attention that spans across other countries, but Andreosatos assures me this is not the case with Dobra. In fact, this particular Dobra Tea has been open a mere ten months and has already garnered worldwide acclaim and attention. I wondered what is so special about this place; why has it attracted so many people from so many different places? What may have attracted so many people is the name of this establishment. Andreosatos tells me that Dobra has different meanings in different languages, however, “pronounced here it means good in Czech, it represents the ethos of our organization to produce good tea.” Well I can say with full certainty that I have tried the tremendous assortment of teas Dobra has to offer and they certainly create a high quality product that no person living in or visiting Northampton should ever miss.