Athlete of the Week: Lily Glading-DiLorenzo 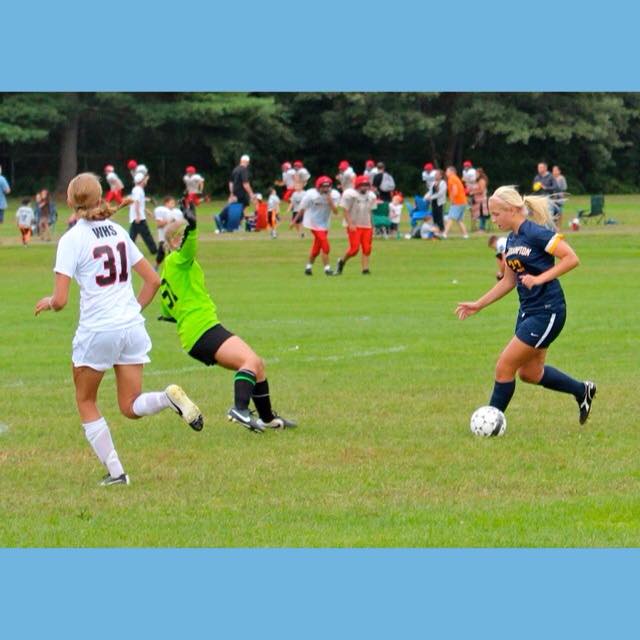 Athlete of the week is back, and this week the honor goes to the leading scorer on the girls’ soccer team, forward Lily Glading-Dilorenzo.

Lily has scored five goals already this season, including an important one against rival, West Springfield, in a game that Northampton ultimately lost 2-1.  It’s one of  Northampton’s few losses, as they have posted a 5-3-1 record to start the season.

Lily also plays softball and basketball, but soccer is her self described best and favorite sport. She has been playing for ten years, and she plans to play in college. When asked if she sees herself as a leader on the team she answered, “Yeah, I try to help out the younger kids and the new freshmen.”

As for the rest of the season, Lily hopes to keep scoring, keep winning, and to make the playoffs. The next game is Tuesday September 30th at 4:00 at Belchertown High School.