What’s Going On with the clocks? 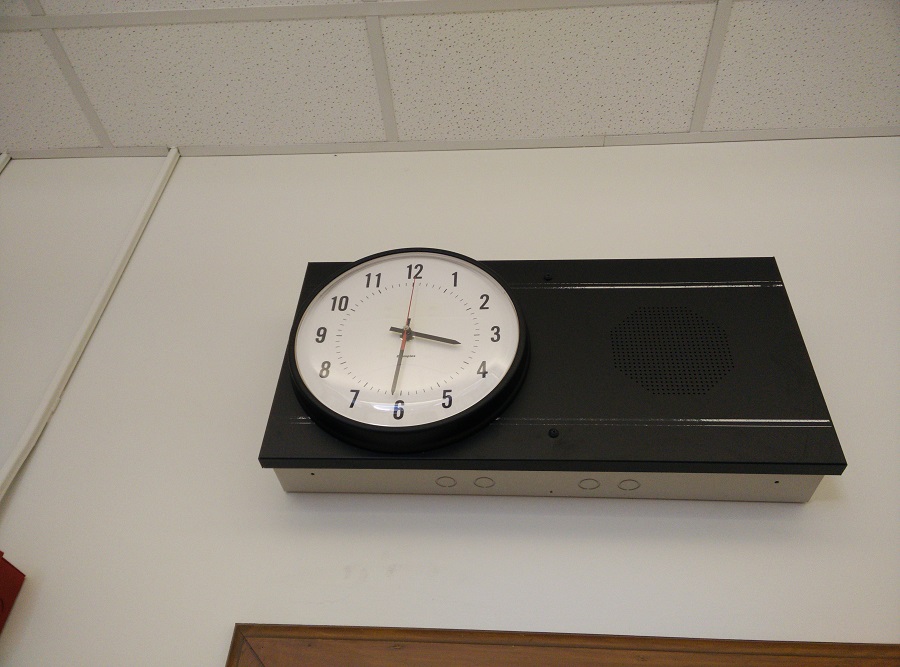 Northampton High School started off the school year punctually—at least it seemed that way. Now, however, students are noticing that something is very wrong with the clocks in the school.

The school’s clocks have never been in sync with every student’s watch or phone, but this past week, the clocks were running three minutes behind. And, before that, the clocks were an hour ahead for a day. Now, they are four minutes ahead.

This is not only annoying, but it is problematic, too. Believe it or not, those few minutes make a difference.

Buses don’t arrive and depart according to the strange school times, they come and go at the actual time. When clocks are late, students must race out of their fourth period class and chase after their bus, which is preparing to leave because the bus clock says it’s 2:05, not 2:02.

Some students who do not take buses are frustrated because school is starting and ending later (or earlier) than it actually should. This conflicts with sports, meetings, and getting picked up by parents. Students now struggle to be on time to appointments. Students with internships or work-studies may be late to work. When clocks are ahead, more students are tardy. Students coming in from appointments, for example, are late to classes for which they planned to be on time. Two tardies equals an absence, so these add up fast.

The incorrect clocks also makes it difficult for people taking college courses. Late clocks cut down on the time available for students to travel to those classes and sometimes even makes them late. Obviously, classes at NHS take priority. But when students are working in the library before they leave for class, they should be able to rely on the school clocks to give the right time.

Students who had five to seven minutes to get to a Smith class now have two to four minutes. Even by car, it is hard to get to a Smith class in two minutes. NHS currently has a great relationship with these colleges and students are very fortunate to be able to take advantage of those classes. If students are showing up late every day, will colleges want to continue to partner with the school?

When asked about the clocks, office staff said that the clocks “always slowly gain time through the year” and Principal Bryan Lombardi is responsible for switching the clocks to prevent excessive tardies. Eventually, the clocks should be more or less on time. Until then, perhaps students should use their own clocks.